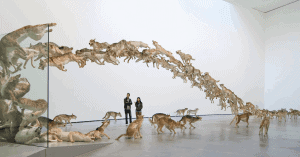 COYOTE:
coy·​ote | \ kī-ˈō-tē  , Western ˈkī-ˌōt  \
1: a buff-gray to reddish-gray swift carnivorous mammal (Canis latrans) of North America that is closely related to but smaller than the wolf, has a narrow pointed muzzle and triangular ears, hunts singly or in small groups, and is known for its various distinctive vocalizations.
2: slang : gold-digger

The first time I saw a coyote in action, it was feasting on a ranch’s calf at sunrise, near Fort Leonard Wood, Missouri. My father-in-law, a retired Army Coronel raised cattle near the base. He is a tempered man, three times deployed in Vietnam where he served as a helicopter pilot and who would later inspire me to follow his flying footsteps. That morning he woke me up at 5 AM with a deep voice, “wake up boy”! Some 9 minutes later we are grabbing a flask of Canadian blend and a twelve-pack of Milwaukee beer at a Quick Stop. As we drove on the open-back rusted pickup truck down the bush trail, he suddenly slammed on the brakes and shouted: “damn ˈkī-ˌōt!!”. I did not know at first what heck he was talking about, until a .270 RemMag shot deafened the sunrise. He missed the target, but the “damn ˈkī-ˌōt” kept resonating in my head for almost three decades until now.

In late December, the UK government issued Regulations to update the UK’s existing anti-money laundering legislation (“UK AML Laws”) to implement changes in the EU’s anti-money laundering framework. In addition to the standardized “KYC” norm, this new legislation obliges the disclosure of all dealers, agents, advisors and intermediaries acting on the transaction, as well as the verification of the source of funds.

This transparency practice has been also been adopted by other international figures, including North America’s House of Representatives, whose office passed the law HR 2514 in fall 2019. This law requires, among other things, “a person trading or acting as an intermediary in the trade of art” to establish a mandatory anti-money laundering program. This new requirement also applies to any advisor[s], consultant[s] or any other person who engages as a business in the solicitation of the sale.

Early adopters have realized that these new procedures will become the coup de grace of “trunk/boot” dealers and unprofessional agents who are used to only inflate prices with their commission and burn the artworks by passing the information to other unsolicited intermediaries.

This new practice will provide “peace of mind” to the sellers, who will now have the complete knowledge of all the intermediaries and the final buyer. This transparency on the interested parties will also serve to avoid unpleasant commission quarrels, nasty legal disputes, escrow and delivery complications and even taxing dilemmas. Most importantly fine artworks won’t be burnt and I won’t be deafened any more.

Of course art is an investment, you moronOPINION & REVIEWS 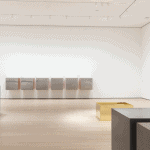 Donald Judd: Thoughts on space in these times of physical restrictionOPINION & REVIEWS